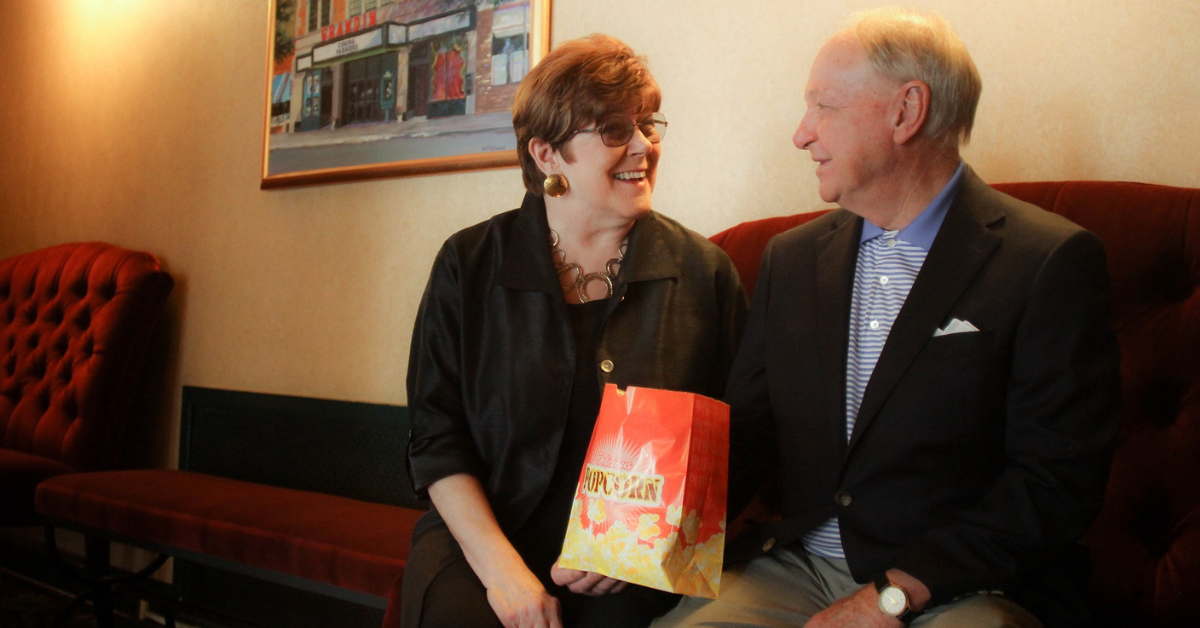 The Grandin Theatre Foundation was able to remodel and restore the Theatre’s box office, double sets of doors, adjoining windows and marble footers, and re-roof the marquee. The Foundation was also able to add functionality to the new doors to give patrons with disabilities easier access to and from the facility. Despite all the wonderful upgrades, something was still missing.

Reid’s Fine Furnishings, a Grandin Village neighbor since 1995, knew they could help make the Theatre even better. Owners Bill and Andrea Waide donated benches and tables to give the lobby a new, but familiar, look. The furniture was hand-picked by the Waides to refresh the space with the classic Reid’s twist, while keeping the theatre’s original vibe intact.

“In traditional Grandin Village style, we reached out to Bill and Andrea Waide of Reid’s and invited them down to do a walk-through,” said Grandin Theatre Foundation Executive Director Ian Fortier. “Bill and Andrea are great assets to the Grandin Village and two of the biggest supporters of this historic Theatre. From their very first visit, it was evident that they wanted to be a part of refurnishing the lobby. We are overwhelmed with gratitude for the contributions they made to the Theatre’s improvement,” said Fortier.

Built in 1932, the Grandin Theatre is the last remaining historic independent cinema house in the Roanoke Valley.